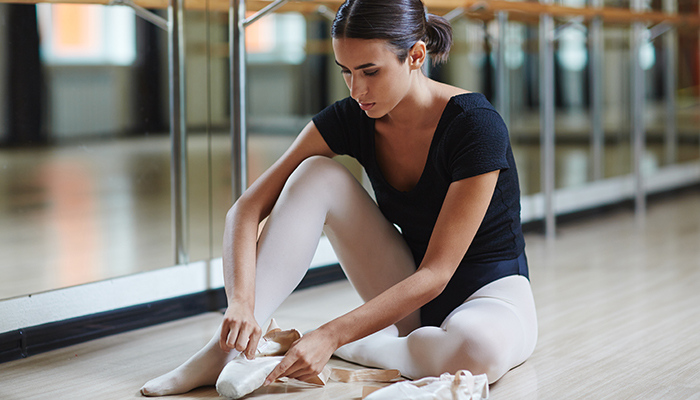 There has been a lot of buzz about the value of grit recently including a best seller named Grit: The Power of Passion and Perseverance by Angela Duckworth. The book explores the value of cultivating grit to achieve a more successful life. Grit is defined as perseverance, courage, resolve, or strength of character.

Consider for example the recent event in which an airline forcefully dragged a passenger from the plane injuring him. (He had a ticket.) The passenger had refused to exit the plane to allow airline staff (without a ticket) to take his seat. The airline "gritfully" enforced their policy in which passengers had agreed when they purchased a ticket (usually unknowingly). The airline considered therefore that they were within their rights to forcefully remove the passenger. However, the display of grit resulted the airline losing more than 250 million dollars in stock value as well as being sued (a large lawsuit)! It was an extreme example grit gone wrong.

A single strong trait in itself is not necessarily a genuine strength. In fact, it may be one's greatest weakness.

This is one of the key concepts in the Harrison Leadership Program, which is based on Harrison Paradox Theory. According to Harrison Paradox Theory, any single strong trait can either be a great strength or a great weakness. It will be a great strength if is balanced with a strong complementary or paradoxical trait. However, if is not balanced by a strong paradoxical trait, it will become a great weakness. For example, Harrison Paradox Theory says that to balance a trait like grit one needs a trait like creative action. The balance of creative action enables grit to be beneficial while at the same time avoiding unintended consequences.

In the airline example above, the airline intended to save money by making efficient use of their seating capacity. However, their grit resulted in a great financial loss and probably long-term damage to their business. Rather than persisting in a flawed direction, they could have easily offered more money to passengers to give up their seats or alternatively they could have sent their staff in a car to their destination, which was only a 4-hour drive away. Their "grit" had disastrous consequences.

Tenaciousness when facing obstacles can help you to:

However, there are significant potential unintended consequences to grit when it lacks balancing traits. In that case, grit turns to stubborn persistence, which can have the following consequences:

These unintended consequences are the result of lacking a complementary or paradoxical trait such as creative action.

There are also considerable benefits of creative action including:

Creative action can also have unintended consequences such as:

When grit and creative actions are combined, the results are amazing - true inventiveness combined with a relentless pursuit of success. The benefits of both traits are maximized while negating any unintended consequences. A new versatility appears which enables the person to act appropriately and successfully in a wide range of situations. Grit and creative action support each other to create innovation and success. 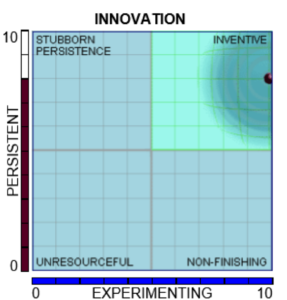 The graph on the left shows one of the Harrison Paradoxes in which an individual has the combination of grit and creative action. Persistent appears on the vertical axis while Experimenting appears on the horizontal axis. The score (red dot) in the upper right indicates a strong score (8 out of 10) on Persistent combined with a very strong score (10 out of 10) on Experimenting. The result is strong Inventiveness. Note that if Persistence is strong and Experimenting is weak, the trait will become Stubborn Persistence (upper left). If Experimenting is strong and Persistence is weak, the trait will become Non-finishing or scattered. If both traits are weak there will be a severe lack of innovation - "Unresourceful".

The Harrison system has 12 success paradoxes, each designed to maximize our talent by distinguishing genuine strengths from potential derailers. The results are obtained by completing a 25-minute questionnaire related to your work preferences.